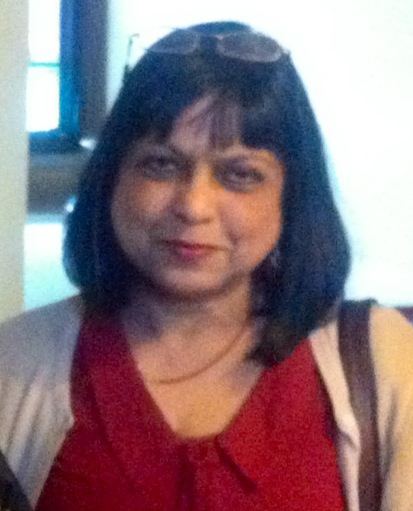 Dr Bashabi Fraser is a Professor of English and Creative Writing and co-founder and Joint Director of the Scottish Centre of Tagore Studies (ScoTs) at Edinburgh Napier University and a Royal Literary Fund Fellow based at the University of Dundee. Her research interests cover Postcolonial Literature and Theory, Diaspora, Migration and Transnationalism, Tagore Studies, Personal Narratives and Oral History, Creative Writing and Practice. In her research and publications, she explores the intermeshings of culture and identity, dislocation and relocation, otherness and belonging, memory and nostalgia, conflicts and freedoms. Her recent publications include Letters to my Mother and Other Mothers (Luath Press, in press), Ragas & Reels (poems on migration and diaspora , 2012), Scots Beneath the Banyan Tree: Stories from Bengal (2012); From the Ganga to the Tay (an epic poem, 2009); Bengal Partition Stories: An Unclosed Chapter (2006; 2008), A Meeting of Two Minds: the Geddes Tagore Letters (2005) and Tartan & Turban (poetry collection, 2004). Bashabi has contributed chapters and articles to several academic books and international journals and has been widely anthologised as a poet. She is a critic, poet, editor, children’s writer and translator. Her awards include the Women Empowered: Arts and Culture Award and the IAS Prize for Literary Services in Scotland. Bashabi is a Patron of Federation of Writers in Scotland, an executive committee member the Writers in Prison Committee (Scotland) and the Poetry Association of Scotland. A member is Scottish PEN, she has been on their executive committee for two terms. She is a Trustee of the Kolkata Scottish Heritage Trust, and has been invited to join the Board of Directors of the Patrick Geddes Memorial Trust and the Management Committee of the Scottish Association of Writers. Bashabi has been a Consultant Advisor for the Kolkata British Council's Kolkata-Scotland Connection programme.
Bashabi is also an Honorary Fellow at the Centre for South Asian Studies and the University if Edinburgh and a Royal Literary Fund Fellow at the University of Dundee.